The President of the Sports Writers’ Association of Ghana (SWAG), Mr. Kwabena Yeboah has encouraged the sports media in Ghana to endeavour to subscribe to join the association because of the enormous benefits they stand to gain professionally by signing up to become members of the country’s only professional association of practising sports journalists.

Kwabena Yeboah made the remarks last Saturday at the inauguration of the Bono regional branch of SWAG at the conference hall of the Sunyani Technical University.

The programme brought together practising sports journalists in the Bono, Bono East, Ahafo regions, and some Executive Council members of SWAG.

It was also graced by Black Stars coach, James Kwasi Appiah, and Ghana and Asante Kotoko legend, Samuel Opoku Nti, among other dignitaries.

Inaugurating the branch, Mr Yeboah said SWAG, as part of its membership drive to bring more professionalism into sports journalism, will inaugurate the Eastern, Western, Northern, Upper East and other branches soon, so that practising sports journalists across the country would benefit from being members of the parent body and by extension the world body, the International Sports Press Association (AIPS).

Mr Yeboah said he believed sports journalism had made tremendous strides over the year but believed that a lot more needed to be done by sports journalism through continuous training, mentoring and specialisation which are among the benefits available to members of SWAG.

“I keep hearing the level of sports journalism has deteriorated; I totally disagree. Sports journalism is more vibrant today than previous times,” the SWAG president said.

The regional sports director of the National Sports Authority, Mr. Yakubu Nasiru, admonished ports journalist to report on other sporting disciplines and also specialise in the coverage of particular sports instead of being biased towards football to the detriment of other disciplines.

Former CEO of Asante Kotoko, Samuel Opoku Nti, advised sports journalist to refrain from insults, unnecessary criticism and also the tendency to run down the sports personalities and institutions through their commentaries.

Coach Kwasi Appiah said sports journalists play a vital role in the development of sports and shaping society positively, hence he expected more from SWAG and its members.

“It will help us all to have confidence and deal with SWAG once we know they are under one umbrella, “said Appiah, in a solidarity message.

SWAG in making the association vibrant nationwide and mobilise practicing sports journalists under its umbrella, the Association set up the Regional Mobilisation Committee to work on ensuring the sports media are effectively organised under SWAG.

SWAG is noted for honouring sports excellence annually through the annual SWAG Awards (the nation’s premier and longest-running national awards) and the prestigious SWAG Cup which is often contested among the top football clubs in Ghana annually.
Source : www.swagghana.com 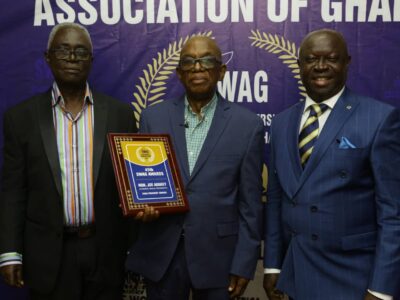 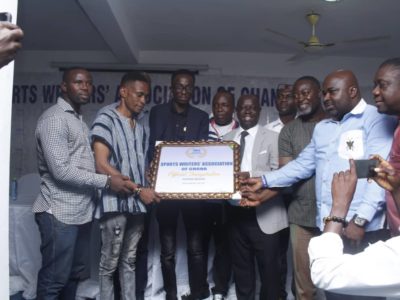 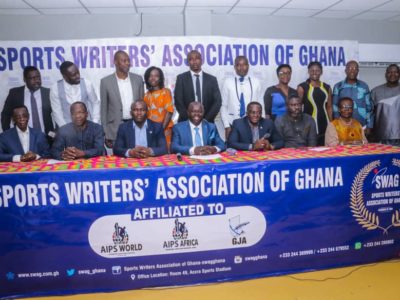