The Sports Writers’s Association of Ghana (SWAG), in a proud statement has saluted and and eulogised its member and secretary for the Bono branches of the Association Madam Evelyn Nsiah Asare on her appointment as a board member of Asante Kotoko Sporting Club.
It was always going to be big, but non thought it was going to explode beyond the shores of Ghana, and catch the fire that is spreading through the middle belt of Ghana towards the southern coast through the Atlantic to the rest of Africa. This is how  the news of the Appointment  of Mrs Evelyn Nsiah Asare spread out.
Having lost the Ghana Football Association executive council position by just a single vote,  the astute Football administrator whose Hasaacas Ladies have dominated Ghana Female Football maintained her cool and called for support for the Game,  many where those who thought it was the end of the road for her, for such persons, her royal Appointment may have shocked them to the bone, yet those who believed in her passion and effort for the game sees this as a continuation of her success story in the game of Football.
The Bono Ahafo executive member of the Sports Writers Association of Ghana joins an enviable elite group of professionals to champion the redevelopment of the great Porcupine club of Africa with all the experience gathered in over 18 years of practicing as a Football administrator and a lecturer.
She once said “If we push the game to become part of the communities people will watch it” she really knew what exactly she meant by pushing the game to the communities,  this is the reason her Appointment to the highest sporting office of one of the World’s most renowned Kingdoms comes as no surprises to the rank and file of the sporting fraternity.
The ability to be dynamic in all aspect of life began so early in her life when she started as a  long distance runner in 800m, 1500m and 3000m but ended as a sprinter in 100m, 200m and 400m for the University of Education, Winneba.
As the President of Ashanti Regional female Football side Nana Afia Kobi Ampem Ladies Sporting Club and management member of Hasaacas Ladies’s Football Club, Madam Evelyn Nsiah has endeared herself to the course of Football development coupled with other important roles she has played in Ghana.
The former athlete and footballer who has risen through the ranks to become a top notch football administrator has occupied positions including being a member of the Organizing committee of the 2018 AWCON championship hosted by Ghana, she also played a major role in the 2019 Ghana FA Normalization committee special competition and also Held various positions in the Female National Football teams.
The brands and marketing expert who has previously worked to offer strong sponsorship valves for both the Black Queens and Black Princesses, has also worked in so many capacity building enterprises.
She was a Physical Education mistress for Serwaa Nyarko Girls Senior High School for four years in the Ashanti Region before heading to Atwima Kwawomma as Physical Education Coordinator.
The enterprising female football administrator has been a lecturer at the Procurement and Supply Chain Management Department at the Sunyani Technical University since 2012. She’s the sport manager of Sunyani Technical University.
The highly educated Evelyn holds a Masters in Logistics and Supply Chain Management as well as a degree in Health, Physical Education, Recreation and Sports. She also holds a Degree in Procurement Management and currently going through M.phil, Procurement Management to enable her start her P.HD.
Her inclusion and for that matter the only female on the 9 member board is seen as a mission to Champion the dynamism of Football management in the country.
With the rich experience in various fields including media management, Madam Evelyn Nsiah Asare is expected to maximize the gains she’s chalked over the years to propel Asante Kotoko to greater heights.
We Salute you Evelyn.
Seidu Adamu/Charles Osei Asibey 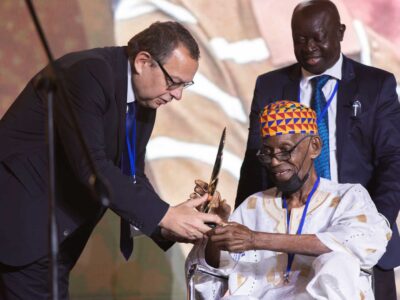