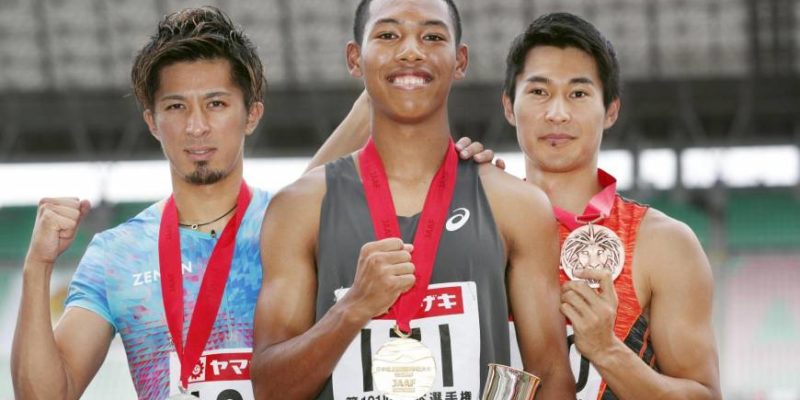 Ghanaian born Abdul Hakim Sani Brown has been included in the fifty-five [55] athletes-team that will be competing for Japan in the IAAF World Athletics Championships Doha 2019.

Born to a Ghanaian father and a Japanese mother, Sani Brown shot to prominence in 2015 when he won gold in the men’s 100m finals at the World Youth Championships with a time of 10.28 seconds.

The IAAF World Athletics Championships Doha 2019 will be held from 27 September until 6 October.