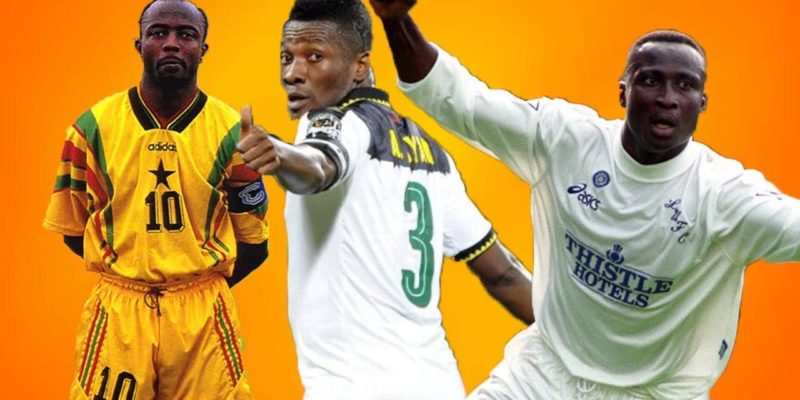 Lionel Messi’s sixth Ballon d’Or win last week marked the 11th time in the last 12 years that either the mercurial forward or Juventus star Cristiano Ronaldo had picked up the prize.

Last year’s winner, Luka Modric broke the monopoly of the two ‘GOATs’ over one of the world’s top football prizes.

Prior to that, however, the Ballon d’Or was hardly ever in the hands of one player for more than two years.

Ghana has produced a number of top footballers over the years. All of them have, however, fallen short of winning the big prize.

The Ballon d’Or has gone through a few evolutions. It was originally intended for players from European countries but in 1995 it was expanded to include all players playing their football in Europe and later expanded further to include players all over the world.

Before Messi and Ronaldo’s extended dominance, performances by some Ghanaians gave them a real shout of becoming Ballon d’Or winners themselves.

Having become synonymous with the Number 10 shirt for the Black Stars and having been hailed as a star while at clubs like Marseille, there’s a lot to admire about former Black Stars captain Abedi Pele.

Abedi is one of the best players ever produced on the continent, a fact backed by his three consecutive African Player of the Year Awards.

Abedi had won the AFCON with the Black Stars back in 1982 but it was in 1991 where he really stepped up globally, winning the Ligue 1 title with Marseille. This led to his first African Footballer of The Year prize, and a first BBC African Footballer of the Year award. He was also in the initial list for FIFA Player of The Year. The Ballon d’Or for that year was eventually picked up by his club teammate, Jean-Pierre Papin.

The next year was even better for Abedi as he picked up a second straight Ligue 1 title, a second straight African Footballer of The Year, finished AFCON runner-up with Ghana, won the AFCON Golden Ball, and was ninth in the race for the FIFA Footballer of the Year. He was definitely in the league of eventual Ballon d’Or winner, Marco van Basten.

In the 1992-93 season, Abedi won the UEFA Champions League and his third African Footballer of the Year award. Despite being in phenomenal form for that three-year period especially, Abedi Pele was ineligible for the Ballon d’Or. However, with George Weah winning the award the year it was expanded, chances are that Abedi might have beaten him to the feat had that decision been taken a couple of years earlier.

Division One Clubs call for postponement of new season

I didn’t use ‘juju’ against Adam Kwarasey – Fatau Dauda