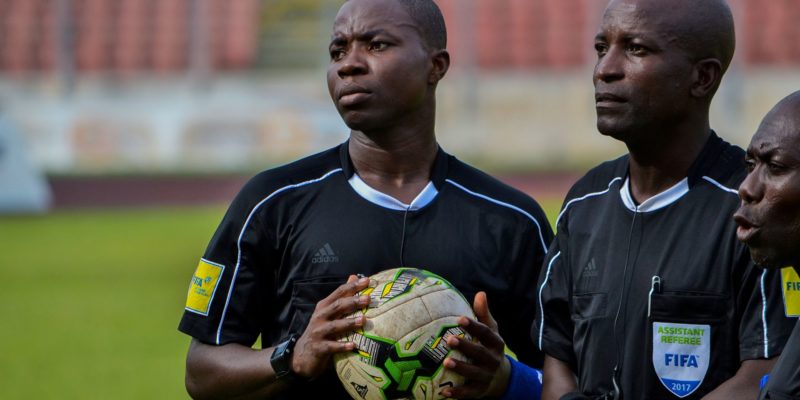 Out of the over 10,000 referees available in the country, only 310 have been selected for this season’s competition by the Ghana Football Association (GFA), a situation which has left those on the list fuming.

From tomorrow, the 310 referees and assistant referees who have been selected will undergo a three-day integrity seminar in preparation for the season as the GFA makes an effort to clean up the game and make it attractive, and also keen to avoid the incidents that culiminated in an investigative expose that implicated many match officials in Ghana as corrupt.

However, some of the referees, who feel they are qualified but missed the boat, have questioned the criteria used in the selection and claimed the GFA’s exercise, done in conjunction with their mother association, the Referees Association of Ghana (RAG), was an indictment on their competence and credibility as members of the knight of the whistle.

“ We are competent and qualified and being left out of the list suggests that we have failed or do not have what it takes, particularly in the aftermath of the issues that saw football caught in the Anas controversy.

“What has happened with the selection smacks of favouritism and collision and we will advise ourselves against RAG, as we believe whatever the FA did was in consultation with the association,” some referees who called to complain to the Graphic Sports yesterday indicated.

However, the GFA spokesperson, Tamimu Issah, dismissed the ‘collision claims’ by the referees, saying, as organisers, the football association had the right to invite the referees they wanted to work with, further dismissing their concern that their being left out was an indication of their incompetence.

“There are several referees on the continent and in the world, but FIFA and the Confederation of African Football (CAF) select and appoint who they want to handle their matches. Does that mean that those who are not selected or invited are not competent?
“The RAG presented a list of referees and out of the lot, the FA selected those they want to hire for the season, that does not suggest that those who did not make the list cease to be referees,” Issah explained to the Graphic Sports.

The RAG has not only dismissed the claims by their disappointed members, but has explained that those who made the GFA cut went through a meticulous screening process, including written examinations.

Mr Thomas Richard Kwesi Attifu, the National Instructor of RAG, told the Graphic Sports that for the first time in the history of the association, all referees under it, numbering about 10,000, were made to take a written examinations and those who finally made it scored the expected pass mark of 75 per cent.

“There were over 10,000 referees nationwide and for the first time, they all wrote examinations to test their knowledge of match analysis, competition rules, laws of the game and offside laws. It was not just about their fitness.

“At the end of the exercise, those who made the mark had their names forwarded to the GFA,who also made their selection,” Mr Attifu explained.
He said though the RAG presented a list of 60 referees and assitants to the FA, the association initially selected 40 for either of them, but after further discussions, 10 more were chosen for each.

He said the referees welfare body managed to get the number for the elite competition increased because it explained the need for referees to be given the time for rest and recovery as most of them take up this role on part-time basis and have their regular jobs to do and combining both roles could take a toll on them, especially when long-distance travelling was involved.

The RAG Instructor also indicated that 140 referees and assistants were presented but the GFA settled on 30 each for the DOL while all the referees presented for women’s football were chosen.

“The process was fair and objective. Every referee who made the pass mark was on the list and the GFA selected those it would want to work with which is within their rights,”and there is very little the RAG could do about it,” Mr Attifu stressed.

Our commitment to Black Stars not fueled by money – Jonathan Mensah