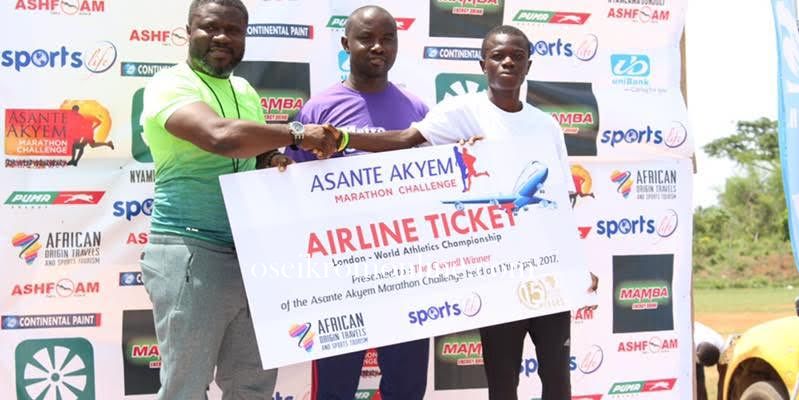 William Amponsah once again demonstrated his superiority in the Millennium Marathon after beating off competition from several other runners to emerge winner of the 2019 edition of the long-distance race.

During last Saturday’s event, Amponsah top all the competitors after finishing the race in 1hour, 06minutes and 22seconds.

This was the third time this year that Amponsah has won a long-distance race.

Amponsah’s victory last Saturday also means he has now broken the marathon’s fastest record time which was held by Ishmael Arthur who finished in a time of 1:05:25 in 2018.

William Amponsah’s lastest feat also underlines his profile as one of the best marathon runners in West Africa, an accomplishment which is now receiving international attention.

According to Amponsah manager, Charles Abeiku-Forson, he and his athlete have set their eyes beyond Ghana which is why plans are underway to make Amponsah a world-acclaimed marathon runner.

Speaking on his success, William Amponsah said “ I am grateful to God Almighty, my management, teammates and fans especially the people of Agona Swedru for backing me up till now. I am now eying more challenging competitions both at home and abroad.”

Amponsah called on all parent and leaders in the society to support children when they show interest in running because it can bring also bring fame and fortune just like soccer does.

In the female division, Azuure Elizabeth from the north of Ghana also emerged tops with a time of 1:22:48 in the 21kilometer race.